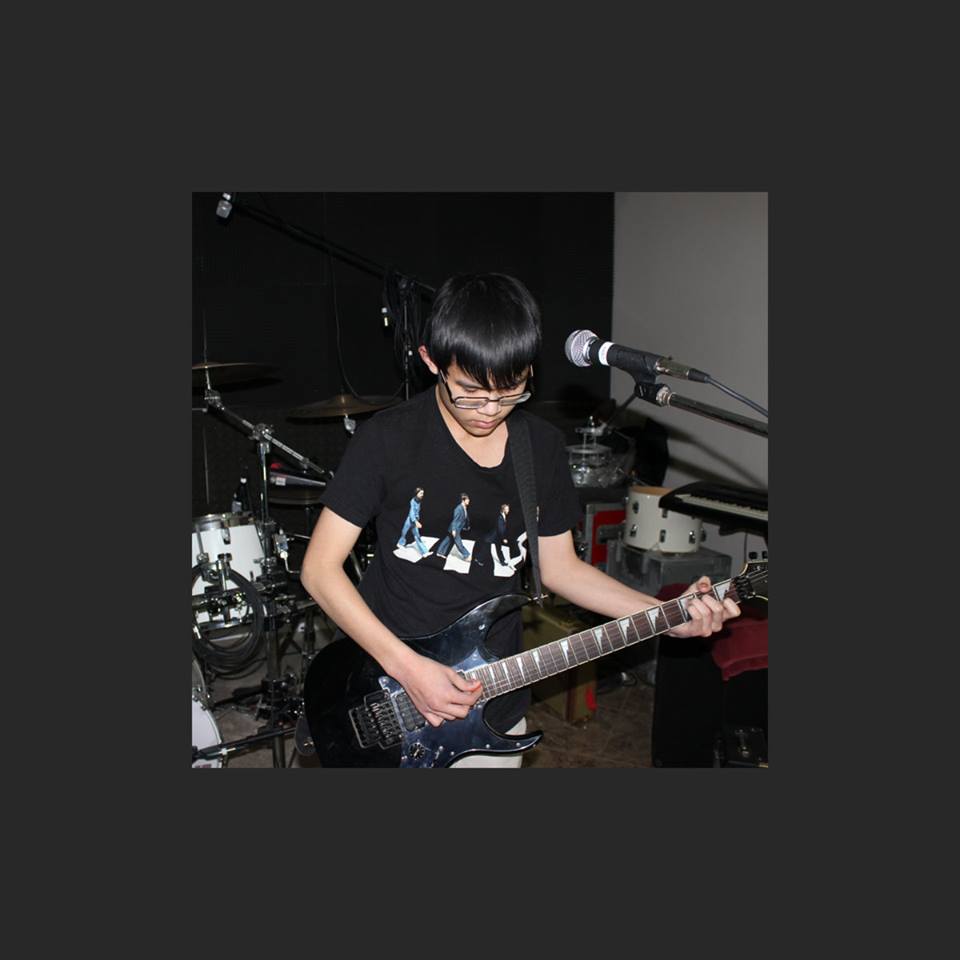 Each week, BCS shines the Spotlight on singer-songwriters who are working hard to carve out their own little-but-growing musical niche. This week, we chat with Christopher Tom.

When I was 6, I would take guitar lessons. I wasn’t that into it, so by the time the teacher started teaching about notes, I just quit altogether.

Seven years later when I was 13, I found my old acoustic guitar and began messing around with it. One thing led to another, and then I started messing around with songwriting. I was eventually introduced to guitar tabs, and I was very gradually getting better at guitar.

When I started taking songwriting seriously though, I was obsessed. I was writing songs pretty much every day – I was hellbent on writing the perfect song. In the end, I’m glad I wrote tons of songs because only 1 of the first 100 songs I wrote made it onto my debut album: an acoustic number called “Blade.” As time passed, I naturally began writing lesser and better songs.

What projects are you currently working on? What are some past projects that you’d like to share?

My next release will likely be a new EP or a single from that EP. I really like how the new songs for it are turning out. One of my goals in music is to never repeat myself – nothing’s a bigger turnoff to me than when musicians play it safe or make the same album ad nauseum, so it’s really important to me personally that I try something new with each project I do, instead of just repeating what I’ve done in the past.

Right now, my defining work is my debut album “Christopher Tom,” which I released on the last day of 2015. I really put in an effort to make each track sound distinctive and do it in a cohesive way. The debut was sort of a mix of indie rock and synthpop with some jangly influences here and there, but I’m really interested in taking a whole new direction with the next project I put out. I’m definitely gonna try to experiment with different genres and different kinds of music. I don’t have a specific direction in mind at the moment, so it could go anywhere, and I’m excited to see where it goes!

You know those certain moments in life you can’t forget? I’ll never forget the first time I heard The Beatles. I was 12 and I decided to put on Revolver on a whim after seeing it on a best-of list, and it just blew me away. It sounded nothing like anything I had ever heard before. Eleanor Rigby sounded like nothing I had ever heard before – it blew my 12-year-old self away. I remember being four tracks in and sitting there in total awe.

I think part of what resonated with me so much about The Beatles were how they were able to be both experimental and very accessible at the same time. It really amazed me, there were these 4 guys who combined these fantastic pop melodies with experimentation. In a way, that’s what I want to do with my own music. I want to craft great pop melodies, but it’s really important to me that I don’t repeat myself and continue to try new things.

Radiohead’s another fantastic band that inspired me. I really love their work, especially OK Computer and Kid A. Let Down and No Surprises are beautiful songs. I’d give anything to write my own No Surprises.

The band that really convinced me I could sing and play and write songs was definitely Oasis though. No doubt about that. They had this everyman feel to them, which really appealed to me. They were able to craft genius pop songs from very basic chords and song structures, which convinced me that anyone could write a song. When I realized the simplicity of their music, I was instantly inspired to make my own.

What are your favorite parts of being a performer (i.e. Gigging? Recording? Social? Traveling?)

I haven’t done many live performances so far, but I’m definitely working on getting to play venues and practicing my material! As for my favorite part of being a musician in general, when I released The Christopher Tom EP, the best part about it was just putting it out there. Part of why it’s so satisfying is there’s always this strange uncertainty about the quality of what I’m putting out. In the beginning, I’d be into the music I’m making but as more time passes, I start questioning my work, so there’s this satisfaction to just putting it out there and getting a verdict.

Where can our readers and listeners find out more about you?

My entire discography – including my EP and debut album “Christopher Tom” – is available on Bandcamp. Although I usually set a price on my music, my singles “Every Friday (Dance)” and “The Ballad of Joey Domino” are both available as free downloads: christophertom.bandcamp.com