2014 is almost over. Praise Bacchus on high. What a piece of shit this year turned out to be. Disease. Floods. Rumours of war. Beheadings. Riots. We’re gonna die, son. We’re all gonna die. What a festering, farting, no good fucking horrible year.

Thankfully, there was plenty of great music to keep us all from jumping off a cliff.

I need to calm down a bit. When all is said and done, I had a fine year. I’m healthy, have great friends, and am closer to the life I’ve always wanted. But still, regardless of personal pleasantries, 2014 was a tough one. It will go down in history as a tough one. Maybe we’ll all be tougher because of this year. Maybe we’ll all be deader because of this year. Whatever happens: count your lucky stars. Hug those who are closest to you while you still can. Tell whoever you love that you love them. Try to hold someone’s hand that might reject you. Because, you know, maybe they won’t. What’s most important is the music that plays in the background when whatever happens happens. Sometimes it’s the only light you have; and it’s greatest thing you’ve ever felt. More powerful than a sky of darkness. As Rustin Cohle said at the conclusion of True Detective, “Well, once there was only dark. You ask me, the light’s winning.”

So here you are. Ten albums to tuck you in at night. To fall on you like a blanket. To plunge down your chimney and drop present under your Christmas tree. A shot of whiskey at the end of a hard day. A bong rip in the woods on a fall day. High school memories of making out under summer stars. Those mittens you find deep in your pockets in a blizzard, just after you say, “Shit, I think I forgot my mittens.” An AM frequency. The last scratch of a record needle you hear right before the world explodes. The full song you hear after the world doesn’t actually explode. 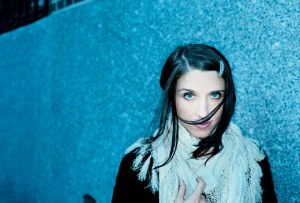 This year it was cool to say, “Best (fill in the blank) ever!” This was not the best album ever. But it is one of the best I’ve heard. The song “Dark Days” is so good that you are a left a little bit spooked. The avant-blues of “Waiting for the Sun” sounds like it should come from an album you discovered in an enchanted attic or a milk crate at an antique store. What’s best about the album is this strange tug of war between sounds that are thoroughly traditional and time tested and sounds that are raw and undiscovered. One could listen to this album every day for the rest of their life and still discover something new every time. I hate people who say things akin to what I’m about to say, but I’m gonna say it anyways: Jolie Holland is our generation’s Tom Waits. 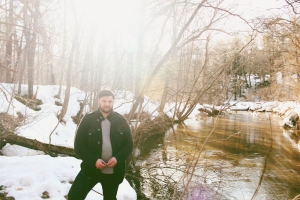 I wanted to run through the streets and hug strangers after hearing this album. I wanted to drive to California in one night and just put this on repeat. To throw away all my shitty CD’s that I bought simply because I had heard their one good song on the radio. It’s that good.

Mat’s debut was excellent. This album not only avoids the sophomore slump; it improves upon its predecessor. There’s more chaos in between the poppy hooks. Enough primal noise to rub up against the perfect melodies. It’s equal parts Jesus & Mary Chain and Rolling Stones. Songs to listen to when your windows are rolled down and the evening sky has never felt so good.

Standout Tracks: “Say it Plain,” “Winter Storm,” and “All My Own” 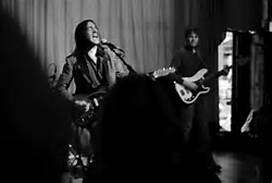 Nathan Kalish writes songs that sound the way I want songs to sound. He’s a singer-songwriter who is punk enough to avoid sounding like just another overly earnest singer-songwriter. He wears his influences on his sleeve (Neil Young, Paul Westerberg, John Prine, to name a few) but has a voice so specifically his own that something terrific and special emerges out of each song. Best of all, this album doesn’t have one lick of filler on it, anywhere. Every song falls into just the right place. Each melody is sung as it’s supposed to be sung. It’s like a perfect mix tape or a page-turner. Its title track is as perfect of a song as any I’ve heard this year. He’s become something of a Michigan legend, as far as Midwestern songwriters go. If there’s any justice in this world, his status will only keep expanding until he’s heard all around the globe. Truth be told, I think this will happen. 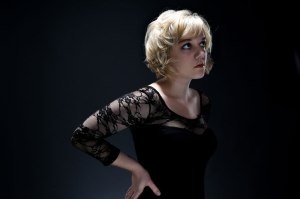 I had never heard of her until I heard this album. I immediately assumed she was Patty Loveless’ daughter (this is certainly nothing to be ashamed of, though she is not). Anyways, this is one of those albums that is enjoyable the millisecond it starts until it finishes. I saw her play live and she sounded as good, at times better, than on this album. This is a true accomplishment and a sign of a tremendous performer. Earlier in the year I was listening to the opening track, “Really Wanna See You” while driving through a blizzard. I accidentally careened into a snow bank right as the foot-stomping chorus blazed into a whirlwind of distortion and melody. Some bearded angel popped out of nowhere and pushed me out. The song played the entire time. I’ll never forget this or the music that accompanied it all. 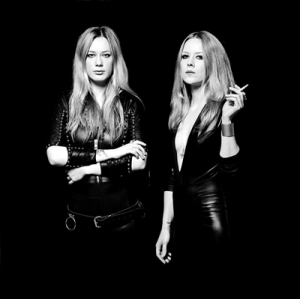 For some reason, doom metal just sounded really good this year. This standout album from the Swedish female duet has built a sort of cult following throughout the year. May have to do with the fact that the group disbanded on the same day the album was released. Regardless, this album is a fantasia of noise, darkness, and power chords. Holds up well to repeated listens.

TUNE IN FRIDAY FOR THE REMAINING 5!!!